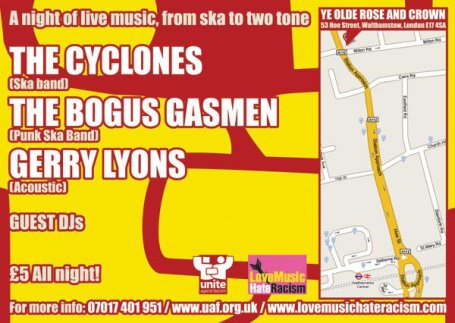 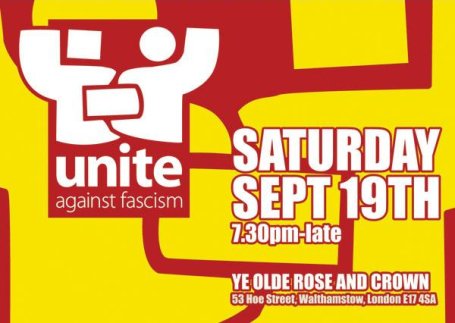 Dear Colleagues
I am emailing to ask you to help save 189 vital jobs in the North East of England at National Grid’s Newcastle office. National Grid are threatening to close their Newcastle operation and offshore the work to low wage economies such as India. This comes despite National Grid making a massive profit of nearly £3billion, a 12% rise from the previous year, and being able to find thousands of pounds to pay for a Senior Executive to park his Ferrari in a dehumidified garage.
GMB is fighting to stop these job cuts and have launched a campaign to keep the Newcastle operation open. Please visit www.nationalgreed.co.uk and sign the No.10 petition, contribute your views to the blog and support the campaign to save jobs in this time of major recession.
Many thanks for your time and help.
Gary Smith
GMB National Secretary 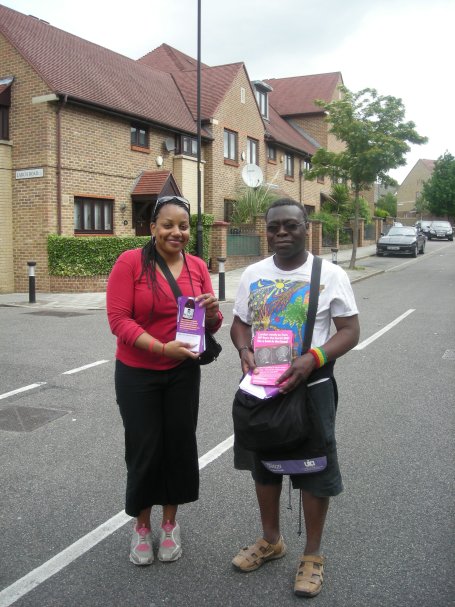 I’ve had an excellent morning, leafletting the Oliver Close estate, in Leyton ward, with local historian and anti-racism campaigner, Peter Ashan (pictured with me above), to support Unite Against Fascism’s anti-BNP campaign.

As most people will be aware, next Thursday 4th June 2009 is the day that countries all over the European Union will hold elections to decide whom we wish to represent us in the 2009 – 2014 European Parliament.

Having shadowed a leading British MEP, out in Brussels, and also interned with a European Commissioner, I know what absolutely amazing work is done out in Brussels – by both the European Parliament and the European Commision – particularly on strengthening the social and economic rights of ordinary people that British governments of both our main parties have been appalling in trying to block or water down.

I am absolutely horrified that the BNP might actually win a seat in the European Parliament and so I couldn’t sit indoors when I could be out, leafletting in Leyton, to raise awareness of the BNP and their fascist views.

The text of one of UAF’s leaflets (see pic above) says it all.

Do British people really want to be represented by a gang of fascists who’ve been quoted as saying “We’d be better off in Nazi Germany“, “Civil war is coming“, “Rape isn’t so bad” and “Aids is a friendly disease“?

I don’t care who anyone reading this website chooses to vote for next Thursday (I cast my postal vote for Labour) but I would urge you to make sure you do go out and vote for any party that’s not the BNP.

Well done to Unite Against Fascism for running such a strong campaign.

Let’s hope it helps make a difference on the 4th of June.

It would be churlish of me not to acknowledge this very good news.

Saying that, however, had George Mitchell received its rightful share of money from the Neighbourhood Renewal Fund (NRF) 2004 – 2006 ‘Youth At Risk’ programme (it didn’t receive a penny despite protestations to the contrary), the school need never have been included on the National Challenge list in the first place.

I am delighted that the Government finally appears to be supporting George Mitchell’s pupils, parents and wonderful staff – as opposed to the people who sought to attack them.

Thanks again to everyone who stood by me in 2008 and continued to support the fight to reclaim my innocence and reclaim respect for the voters of Leyton ward.

Your friendship has meant a lot to me and has given me the strength to keep going.

My family motto has always been “deferred gratification” – nothing we’ve achieved has ever been without hard work, a fight, or a struggle – so we’re ready and (patiently) waiting for what we know awaits us in 2009 and I feel humbled and grateful that you’ve stayed with us.

Thanks again and I wish you, your family and friends a peaceful and successful 2009.