Councillors Y and Z – and their “coalition” colleagues past and present – have some very serious explaining to do.

Download and read the independent report (which only scratches the surface) HERE.

Question: WHEN millions of pounds of public money go missing, what does any self-respecting council do? Answer: Hold an inquiry. Unless the council is Waltham Forest, where so much dosh has gone astray it has held seven.

The most recent, headed by Sir Peter Rogers, chief executive of the London Development Agency, has concluded that money is still going awol due to poor procedures, lack of accountability and fraud. It remains a mystery where millions of pounds – no one is sure how much – of government money handed out under the Better Neighbourhoods Initiative (BNI) to help children in deprived wards ended up.

When auditors investigated allegations that several millions has been diverted from its intended purpose and spent on the Olympics instead, they found files that had been doctored and were “incomplete”.

Another inquiry conducted by PriceWaterhouseCoopers found that of 105 contracts awarded under the BNI, only three were done by the book. For example, a one-day event for teachers, organised by “community cohesion adviser” Munir Zamir, cost £26,000. Guest speakers were paid £6,000; “marketing”, “refreshments”, and a “Q&A session” all cost £3,000 each. Which makes a grand total of £15,000. Where the other £11,000 went has not been explained.

So far Waltham Forest’s hunt-the-money game has itself cost at least £100,000. 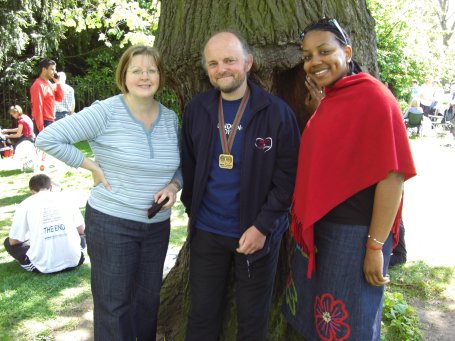 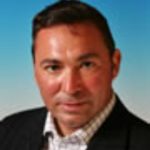 Last week, I attended the Mayor of Waltham Forest’s charity dinner to raise funds for diabetes and celebrate the 60th anniversary of the creation of Pakistan.

Many of my council constituents in Leyton ward come from Pakistan and many people living in my ward (including most of my close family) suffer from diabetes. It was lovely to celebrate Pakistan’s birthday with all the residents who came, as well as to learn more about what we can do to combat this serious illness. END_OF_DOCUMENT_TOKEN_TO_BE_REPLACED 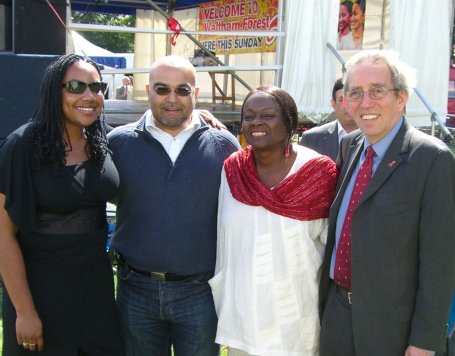 I had an absolutely smashing day out at the Waltham Forest Mela 2007 on Sunday.

The sun were shining, the bhangra was pumping and the yummy yummy food was hot, hot, hot!

Many thanks and a huge well done to the excellent organising committee, of which my good colleague Cllr Asim Mahmood is a key member.

I know that Cllr Afzal Akram, Waltham Forest Council’s Labour Cabinet Member for Community Safety; Jennette Arnold, Waltham Forest’s Labour Member of the London Assembly; and the excellent Neil Gerrard MP, Labour’s Member of Parliament for Walthamstow (all pictured with me above, left – right), all had a very nice time too 🙂 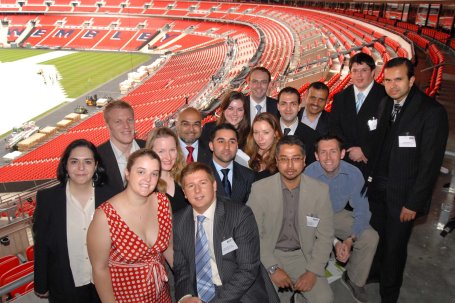 Just got home from Coventry, where I spent the weekend on the final module of the ‘Fast Track’ programme of the Improvement and Development Agency’s (IDeA’s) excellent Leadership Academy for local councillors.

Since January, myself and other “young” councillors from all over the country have travelled up to the University of Warwick for some really great training on our role as councillors and almost everything involved END_OF_DOCUMENT_TOKEN_TO_BE_REPLACED