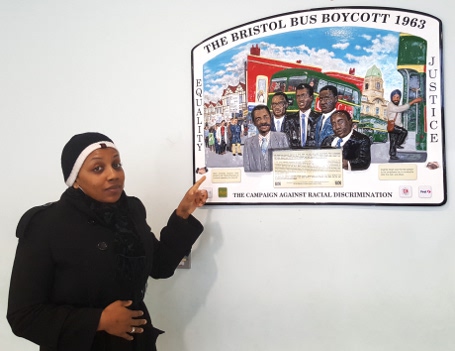 I was in Bristol recently and visited the Bristol Bus Boycott plaque. I wanted to pay tribute to Paul Stephenson OBE and the other formidable campaigners who forced the Bristol Omnibus Company to reverse its decision not to employ Black or Asian staff.

The boycott of the Bristol Omnibus Company, which became known as the ‘Bristol Bus Boycott’, took place in 1963 and lasted four months. It is credited with being the reason Prime Minister Harold Wilson introduced the 1965 Race Relations Act, which outlawed racial discrimination in public places.

I salute Paul Stephenson and all of the Bristol Bus Boycott campaigners and supporters. They helped make Britain a better place for people like me.