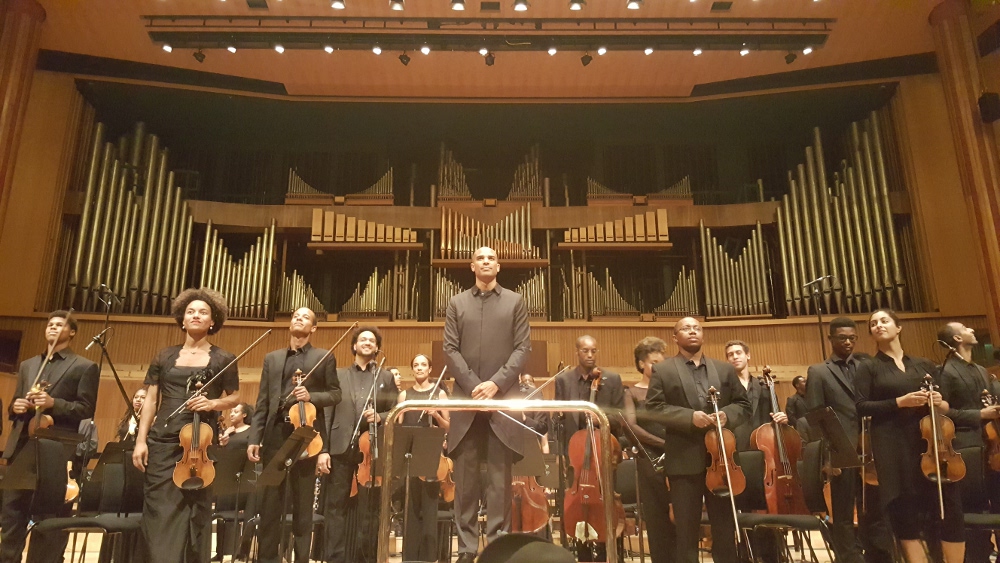 I spent a glorious afternoon and evening at London’s Royal Festival Hall (my favourite place in London) earlier this month watching two magnificent performances by the juniors and adults from the Chineke! Foundation Orchestra.

I was very excited to attend this concert as I played the piano, the cello and the steel pans throughout my childhood. My evenings and weekends were spent either practising or performing at concerts. At my secondary school, Walthamstow School for Girls, I was never out of the music corridor apart from when I had compulsory lessons or was playing netball. Music was my (childhood and young adult) life.

Though I was black and from East London, playing the cello – and therefore lots of classical music – was something that was completely normal to me, thanks to the local music service’s instrument loan scheme, which provided hundreds of local children with a classical instrument and paid for our music lessons.

It was only when I went to university out of London and met people who didn’t expect black people to know about – or enjoy – classical music that I realised that the stereotype that classical music “isn’t for black people” still existed and continues to exist today.

Imagine my delight, therefore, when I found out about the Chineke! Foundation. The Chineke! Foundation is a non-profit organisation which has been established to provide career opportunities to young Black and Minority Ethnic (BME) classical musicians in the UK and Europe. Chineke!’s motto is: ‘Championing change and celebrating diversity in classical music‘. The organisation aims to be a catalyst for change, realising existing diversity targets within the industry by increasing the representation of BME musicians in British and European orchestras. Its debut concert took place in 2015.

As soon as I saw the tickets for this year’s concert go on sale, I snapped a couple up. I then waited excitedly for September the 4th to arrive. I wasn’t disappointed! 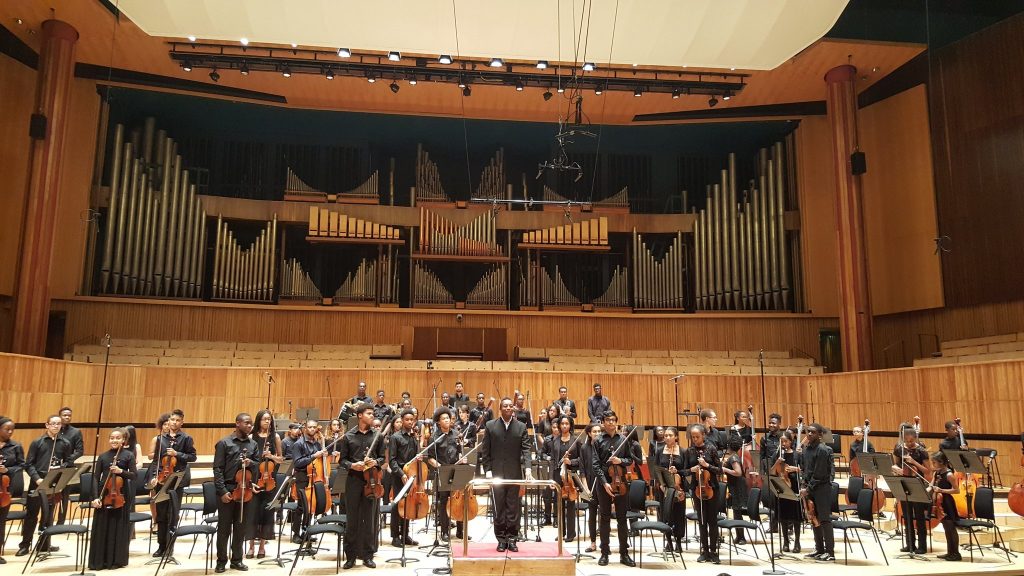 At 5pm, people were invited to watch a free 30 minute concert of the Chineke! juniors, conducted by American conductor Marlon Daniel, (all pictured above) playing pieces by Beethoven and Prokofiev. I felt so moved watching this orchestra full of young black children playing classical music to such a high standard and being applauded enthusiastically in the prestigious Royal Festival Hall. The confidence these children will gain from performing at the RFH (and other venues) will be lifelong – I know from personal experience. Even if they decide not to pursue music, they will have tasted the fruits of hard work and discipline, teamwork and concentration. They now know that they are capable of achieving anything they want to achieve, despite of – and because of – their backgrounds.

At 6.30pm, the Chineke! Adults concert began. They were conducted by Kevin Edusei and performed Sibelius’s Finlandia; Boulogne (Chevalier de) Saint-Georges’s Suite from L’amant anonyme; Haydn’s Cello Concerto in C; and Dvorák’s symphony No.9 (my favourite!)

As I cellist, I fell in love with Elgar, Haydn and Dvorák and so to watch Sheku Kanneh Mason, this year’s winner of the BBC Young Musician of the Year competition, was deeply emotional. He was brilliant – just brilliant, brilliant, brilliant. A virtuoso performance at such a young age. I felt so proud!

The entire concert was incredible and the atmosphere was electric. It was like being on a roller coaster of highs and lows, dark and light, energy and solemnity. It was fascinating to witness the reaction of the many first time classical concert goers in the hall. There was pure delight and joy at what they were watching and hearing.

Classical music aficionados will know that the usual convention at classical music concerts is to not clap until an entire piece is finished – after all the movements have been performed. However, the spontaneous and energetic applause between movements at this concert did not ruin the performances in any way. In fact, the clapping served to contribute to the buoyant and joyful mood in the hall. The players looked pleased!

I am so grateful to Chineke!’s visonary founder Chi-chi Nwanoku MBE for conceiving and bringing Chineke! to life. Sir Simon Rattle said of Chineke! last year that it is “not only an exciting idea but a profoundly necessary one. The kind of idea which is so obvious that you wonder why it is not already in place. The kind of idea which could deepen and enrich classical music in the UK for generations. What a thrilling prospect.”